Blueberry Trailers was established by Jack Jones in 1970.  Since its humble beginnings as a husband-and-wife-based business, the company has grown to manage 30 team members across two factories and build approximately 50 custom trailers per year.

That said, along the way it has had its struggles.

In 2012, Jack suffered a non-fatal heart attack and it suddenly became his children’s responsibility to keep the business alive while their father recovered in the hospital.  The transition in management wasn’t easy.  Dave and Peter were forced to step into their roles at a young age.  They had no training or knowledge of their father’s role.  Jack had set up a great business but it was ‘a handshake type of business’; nothing was documented properly.  Processes, procedures and analyzing business performance was almost non-existent.

This is a problem that commonly occurs in the family-run business space.

Dave and Peter agreed the best strategy was to seek help and to work with an external trusted advisor. They chose their accountant who had a good knowledge of the business and who knew their father.  Bringing in an external party allowed their family to hear a well-educated objective opinion and kept everyone’s egos out of the way.  With the Accountant’s guidance, they ‘flipped the business on its head’.  It took about two years of financial struggle and hard work but the business started to change and it has been for the better.  The company has continued to thrive ever since.

With their Accountant’s help, Dave and Peter implemented new strategies in their family business.  They successfully took over from their father and now have 30 team members across two factories.

Dave says, ‘Dad was really apprehensive. Although they say you can’t teach an old dog new tricks, Peter and I insisted we could prove that we could get the job done and we did.  And we enjoy having our weekends off.’

Imagine how much easier this process would have been if Jack had committed to succession planning.  The issues would have been identified earlier and corrected.  His sons, his team and his business would have been prepared for the event.  Succession Planning would most certainly have made the unplanned leadership transition a stress free, organized event.  Instead it was 2 years of struggle albeit with a happy ending. 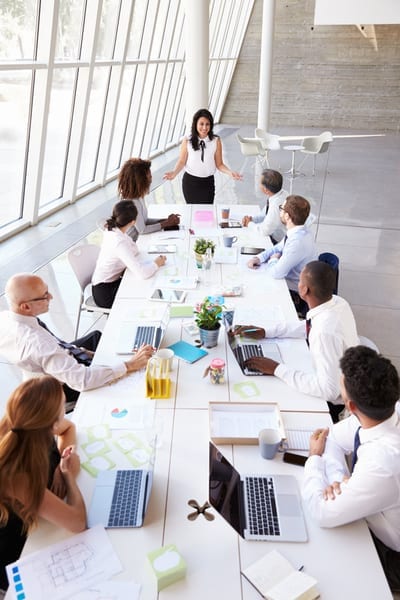