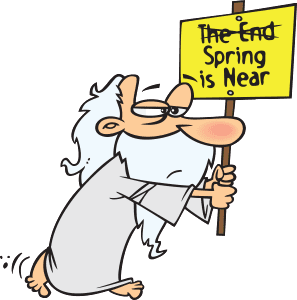 The IRS audited 0.86 percent of all individual income tax returns last year, the lowest coverage rate since 2004. And The Washington Post reports that IRS service is, well, abysmal. IRS National Taxpayer Advocate Nina Olson testified that as of February 14, “only 43 percent of the people who called IRS…were able to reach a human being.” So, where does this leave us this tax season? The National Association of Enrolled Agents (NAEA), the association that represents the federally licensed tax practitioners who hold the highest credential awarded by the IRS, has released some prognostications for 2015.

1)     The number of calls being answered by an IRS staffer is not going to improve. Same as last year, there were budget cuts at IRS — $346,000 million worth this time! The level of service is heading down and the wait times are heading up.

2)     The complexity of returns in increasing. The Affordable Care Act (ACA) has thrown some curves into tax return preparation that even experienced preparers have had dig in to learn. When NAEA offered a three-part Webinar on the affect of the ACA on taxes, members signed up in droves.

3)     In light of the slow response times from IRS and the complexity of returns, more people than ever are going to be hiring tax professionals. IRS has published directories on the IRS.gov site where taxpayers can find licensed tax preparers, such as enrolled agents and CPAs, and the NAEA “Find an EA” directory on www.naea.org allows taxpayers to search by location, language, specialty, and more.

4)      We may have thought identity theft was at an all time high last year, but the cyber villain hacks affecting Target, Anthem and other companies have released private information such as names, addresses and Social Security numbers into the wrong hands allowing crooks to file taxes and steal other people’s refunds. This is going to be a bad year for tax refund theft.

5)     The beleaguered IRS will do what it must: meet projected refund times. Like last year, the IRS expects to issue more than nine out of 10 refunds within 21 days.