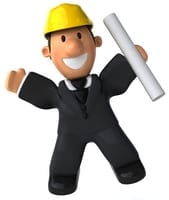 In a recent case, Shea Homes, Inc., 142 TC No# 3, the tax court decided against the IRS’ position that Shea Homes should have recognized revenues on each individual home sold using the completed contract method.  In a far-reaching decision for master-planned community builders, the tax court agreed with Shea Homes that they should be allowed to defer revenue recognition until the completion of the ENTIRE community, including land improvements and community amenities.

New home builders are allowed to recognize revenue on the completed contract method – capitalizing expenses until at least 95% of the total contract costs are incurred and the subject of the contract is placed into service, or until the final completion and acceptance of the contract (title changes hands).  In some communities, this means several hundred separate recognition events could happen.  Shea Homes argued that it is not selling a house – it is selling a lifestyle – and until all the lifestyle amenities – sewer improvements, club houses, road paving, and more – are complete, the contract cannot be complete.  Bolstering their argument were requirements by local communities to hold bonds for said improvements until the town signed off on them.

The ability to defer the income, however, is a double edged sword.  Recognizing profit only when the project is complete can cause a spike in net profit, which could cause a large jump in tax brackets.  Additionally, home builders have a habit of using cash profit generated from one project on another, which means cash may not be available for the potential tax liability.

Completed contract method as well as the percentage-of-completion method are complication portions of the tax code and require special care.  For assistance on these issues, please contact our office.